I wonder how different life would be…

It CAN happen, but more than likely you’re banging your head against a brick wall because

RELAX, I can change all that.

Our Actors Career Development Masterclass is Sat 27th Jan 2018 and there is a HUGE 50% off the first 5 places.

Check out this actor who navigated their way out of a brewing storm:-

“Before attending the ACTORS CAREER DEVELOPMENT MASTERCLASS my applications sucked. I applied what I learnt immediately, and had an audition for the first time in months a week later” – Actors career development masterclass July 2016

This is one of many stories of success.

She had ZERO credits on her CV. She’d been perfecting her craft but didn’t know how to approach the business of acting.

After the Actors Career Masterclass she implemented what she had learnt and landed a DOUBLE WHAMMY – her first acting role… PAID!

Imagine her joy. The Actors Career Development Masterclass can help you do the same.

Thousands of actors end up drowning in he business of acting rather than steering safely towards their goals. 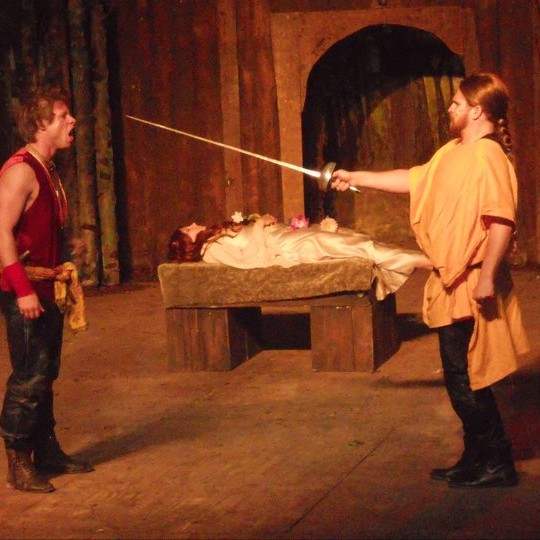 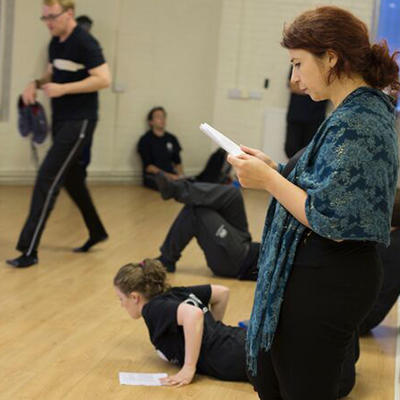 “Before I did Louise’s Career development masterclass I knew there were areas I needed to work on in order to move my career forward, I just didn’t know how to go about it. Louise helped by breaking the obstacales down and provided us with clear and realistic strategies to achieve our goals.” – Actors Career Development masterclass Feb 2016

*I will happily give you your money back, provided you can show me indepth proof that you have taken action over a sustained period of time and have implemented everything you have been taught. Refunds won’t be given without proof of action because these strategies are nuclear strength when applied.

If anyone in Sheffield or London has dreams of getting into film or theatre, StandBy gets my vote as the best place to start.

I highly recommend StandBy! Louise is professional, empathetic, encouraging and there’s nothing she doesn’t know about Method Acting… Not to mention one of the best actresses I have ever met. I studied acting at The Lee Strasberg Film and Theatre Institute in New York and Louise is as good as any of the teachers there. I travel up from London and I always walk away inspired, motivated and very very satisfied.

When I first came to Standby I was very frustrated and nearly gave up on my career, but after meeting with Louise and training with her, I found my confidence; she helped to discover my gifts as an actress. The training has been superb, this enabled me to get an agent and get cast in two shorts films. I have learnt so much from StandBy and the support system is amazing I cannot fault it at all! Love it.

Since training with StandBy I have gone on to land paid work on a regular basis, join spotlight, land an agent, work all over the country and meet the top casting directors in the industry. It is great training at StandBy learning a technique that the best actors ever have used and to be able to express a story in the most authentic way.

By working with Louise in group classes and 1-1 sessions for over two years now, I only have praise for the way she nurtures and cares about your talent.

Louise pushes and teaches you in a way you to learn to think for yourself as an actor, never telling you how to perform but instead finding ways to help you unlock sides of your talent you hadn’t yet discovered.

She had guided and helped me prepare for some of my toughest performances, and the skills she has passed on to me are ones I believe I will use throughout my whole career. StandBy is acting’s hidden gem.

Before I started my training at StandBy I felt lost and had no confidence in myself or my acting ability. I felt as though I wasn’t good enough and didn’t deserve to be an actor because there were people out there much better than me who deserved it more than i did.

After starting training with StandBy I am a much happier and more confident actor and I feel more comfortable with myself and who I am. By far the best thing is the results I’ve had as I’ve come on really well and made some amazing improvements with my acting. And also had some excellent recommendations from directors because of it!

The training is challenging and pushes you to dig deeper and work harder to improve your technique, and with that comes confidence that you are learning to master a solid foundation for acting

StandBy Method Acting Studio Is THE best acting studio in Yorkshire and is the only legitimate acting studio that specialises in The Method outside of London. Before coming to the studio I was educated in The Method but not practised, once I saw that Louise had first hand training from The Actors Studio I was very eager to train here and I have not been disappointed. Louise has helped me to leave bad acting habits in the past and instead taught me a authentic acting approach that the best actors in the world use. Louise is extremely passionate and helpful. I highly recommend StandBy Method Acting Studio.

This training is intense but so worth it for any budding actor. Prepare to graft, prepare to get annoyed but also prepare to see wicked results and personal developments. This has changed me as an actor forever!

I highly recommend StandBy Method Acting Studio. Louise is a fantastic and gifted teacher who is really helping me get over bad acting habits that have held me back.

The results in a short space of time have been amazing and there’s a lot more to go. If you are struggling with your acting, I highly recommend the classes.

I loved acting as a young person, but lost my way as an adult! Life made me lose all confidence… Until I discovered StandBy! World class training, on my doorstep, which is helping me make my dream a reality!

I began at StandBy with minimal acting experience and wanted to know whether I could actually develop the skills to act professionally. After only a couple of months of studying with StandBy I have seen a massive development in my skills and confidence. StandBy is the best tool an actor can use to develop and Louise is the best acting coach you could ask for.